How to Grow Organic Pistachios

Today I am going to give you some practical information on growing organically with liquid fertilizer. But first, let’s get a little background on the crop in question. The pistachio is a deeply-rooted alternate-year bearing nut tree native to Western Asia and Asia Minor. It may have been cultivated in Turkey as early as 7000 B.C., and the Mediterranean by the first century A.D. 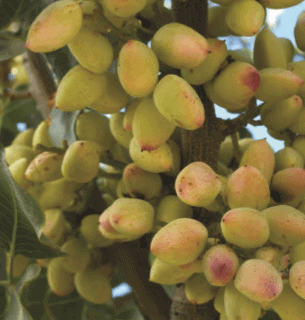 Several attempts were made to introduce pistachio cultivation into California in the 19th and early 20th centuries. But serious pistachio production did not begin until the late 1970s in California’s San Joaquin Valley. Pistachios prefer cool winters, and hot, dry summers, and loamy, well-drained but moisture-retentive soil. They will tolerate poor, stony, highly-alkaline or even saline soils, with proper irrigation and soil management.

It is the most sodium tolerant tree crop, after date palms. Growers can expect a small crop in 5-6 years, with full nut production occurring when the trees are 10-12 years old. Pistachio kernel fill requires lots of water (55 gals/day) and adequate nitrogen (N), potassium (K) and boron (B) during fill. Adequate potassium improves nut quality because of enhanced nut-filling and an increased percentage of split nuts, a desirable attribute in pistachios. Annual nitrogen applications should be tailored to the individual orchard, based on leaf-tissue sampling, canopy condition and yield performance. Late nitrogen applications should be managed carefully to avoid promoting tender growth, especially in trees on an off year, which can result in frost damage. Nitrogen applications in April, June, and one in August, are generally recommended.

In the California central valley, the most likely micronutrients to be deficient are zinc (Zn), copper (Cu), and boron (B). Foliar sprays applied when the leaf canopy is expanding 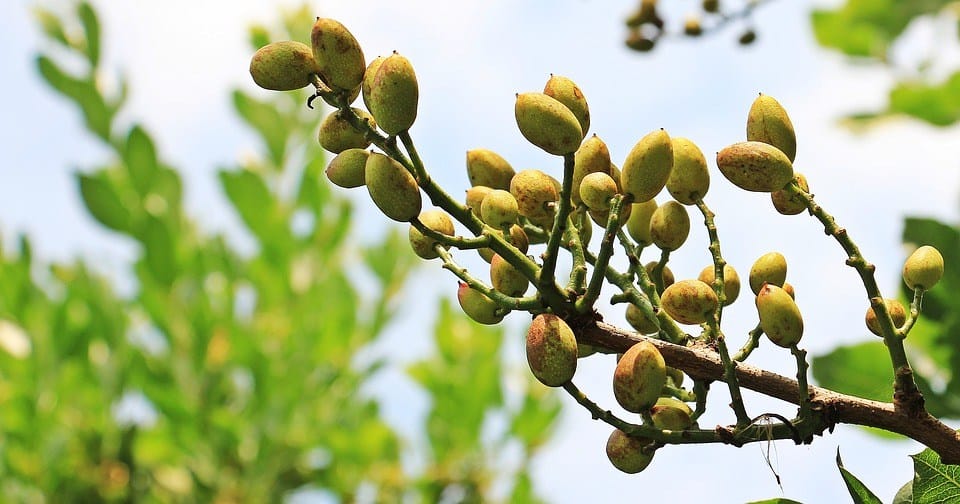 post-bloom in April and early May can help prevent deficiencies from occurring. September post-harvest foliar potassium applications can help supplement the tree potassium storage pool for next year’s crop. Zinc also can be applied post-harvest. Hamates can improve plant nutrient availability by chelating some essential soil elements. To check the fertility requirements of pistachio, a leaf tissue analysis should be taken on healthy midsummer (late July-mid-August) foliage to determine nitrogen, potassium, zinc, copper and boron requirements.

Looking for Place to buy All Purpose Fertilizer for Pistachios?