Almond orchards are often treated with chemical pesticides and inorganic fertilizers. If you’re looking for an almond fertilization guide to help you switch over to natural fertilizers, read on! We suggest natural and organic products, and this guide will focus on the application of those products. There are many advantages to using natural fertilizer. Surprisingly, cost is one of the biggest advantages! 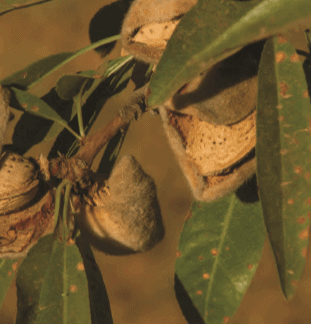 By using a foliar feeding we can be more efficient than chemical fertilizers. I’ll explain exactly how later on. For now, let’s look at some general information about almond orchards.

About the Almond Tree

The almond, Prunus dulcis, is a native tree in central and southwest Asia. It may have been cultivated as early as 4000 B.C., and was found throughout Asia by 2000 B.C. Almonds first arrived in Europe by 350 B.C. and North Africa by 600-700 A.D. Though initially imported to the west during the Spanish mission era, almonds were introduced commercially to the Central Valley of California in the 1840s. They thrived in the mild, wet winters and hot, dry summers found near the Pacific coast. Very few varieties of almonds are self-fertile. So a combination of varieties are required for satisfactory pollination. Today California leads the world in almond production. But almonds are also grown in Spain, France, Italy, Greece, Israel and Bulgaria.

It is now the most widely-planted tree crop in California, where almonds are grown primarily throughout the Sacramento and San Joaquin Valleys. Young almond trees use nitrogen (N) continuously. They require regular fertilizer applications throughout the growing season. Mature almonds tend to take up most of their nitrogen requirement in early spring, and so require spring applications and a late summer application for next year’s early growth. Almonds are most productive on irrigated light to medium well-drained, somewhat alkaline, loamy soils. However, many soils in the Central Valley suffer from soil compaction, clay and plow pans and layers of sand, silt or clay. These conditions must be carefully managed to make them more hospitable for almond crops. To check the fertility requirements of almonds, healthy leaflets from non-fruiting spurs should be collected for tissue analysis between late July and mid-August. These samples should be analyzed for nitrogen, potassium (K), boron (B) and zinc (Zn).

Save Money with ORGANICS

Remember above where I mentioned that you can save some money by switching to Organic Fertilizer? Here’s how. Neptune’s Harvest is a concentrated liquid fertilizer. Since it is all natural, we can foliar feed our almond trees without risk of burning the leaves. AGGRAND’s research confirms that this is up to 94% efficient. So, your plants will absorb almost all of the fertilizer applied to the leaves. 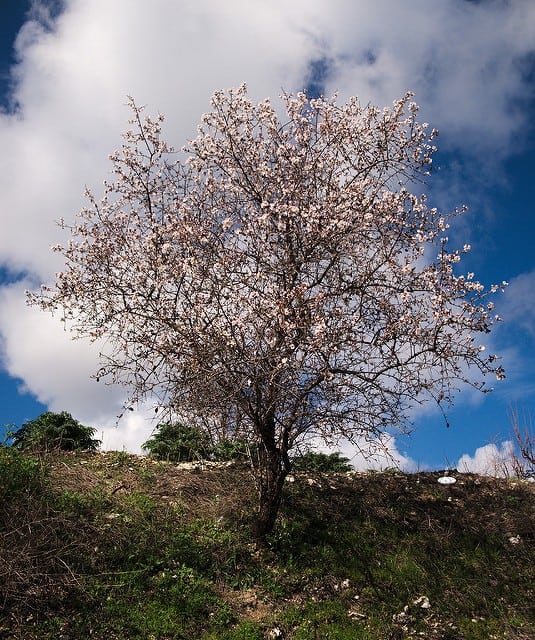 Over time, your trees will deposit excess nutrients into the soil where soil microbes will grow and flourish Those microbes break down inorganic matter into bioavailable fertilizer for your trees So, over time, you can use less and less fertilizer. Just be sure to get a proper soil analysis done to find your exact application rates.

How to Apply Liquid Organic Fertilizer to Almond Trees

Use 1/2 gallon Natural Fertilizer and 1 quart to ½ gallon Natural Kelp in 50-75 gallons of water per acre. Apply this mixture directly to leaves with a commercial sprayer at early leaf-out (after petal fall), and 10-14 days later. Apply the same application again postharvest in late summer, during active growth, or with any supplementary zinc and boron that may be required (Test all inputs for spray mix compatibility).

About Fertilizer for Less

We’re your resource for news, ideas, and information related to organic farming and plant care. Our goal is to be a go-to resource for those looking to do more with organics and traditional land management practices.

Where to Buy Natural Fertilizer for Almond Tree? 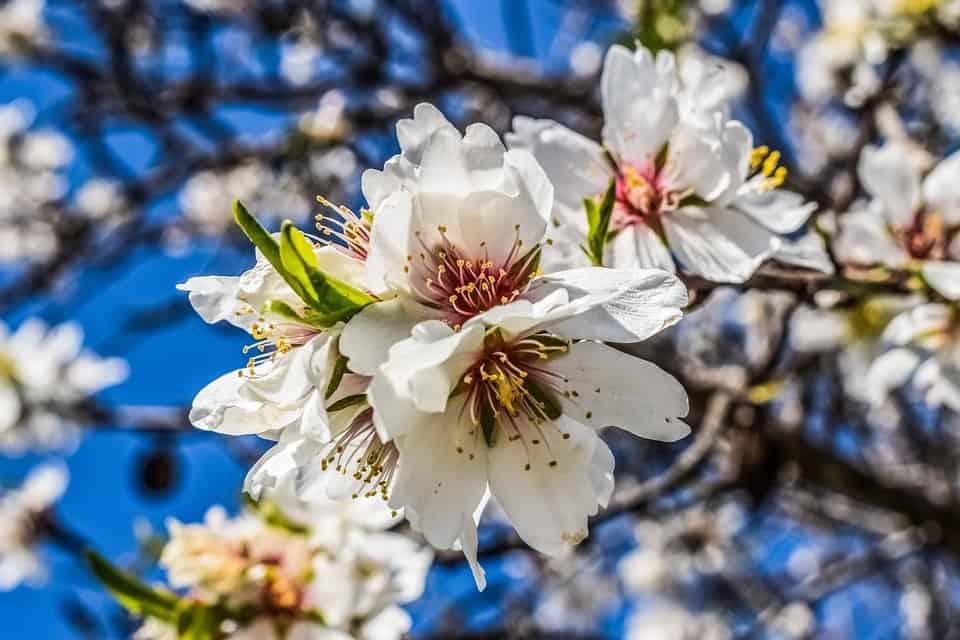